There are many romantic corners in Crimea, very suitable for kisses and high feelings. Most of them are created by nature, but there are also the creations of human hands on this list.

One of the most romantic places in Crimea, where marriage proposals have been heard more than once, is the gazebo of the winds over Gurzuf. This snow-white stone colonnade, crowned with a dome, was built on the southern slope of the Crimean mountains, on the summit of Shagan-Kaya (translated from Crimean Tatar – “falcon rock”), at an altitude of almost 1,500 meters above sea level. In good weather, visibility reaches 150 kilometers from here. An amazingly beautiful view of Ayudag, Gurzuf, Partenit, the southern slope of the mountains and the Black Sea opens from the gazebo of the winds. The floor is covered with a mosaic depicting a wind rose, hence the name of the gazebo. In this place, strong winds often blow, the speed of which reaches 40 m per second. The gazebo was built in 1956 by the staff of the Crimean Reserve (it is located on its territory). They say that the gazebo was built in preparation for Khrushchev’s visit, but it seems that this is just a legend.

You can get to the gazebo of winds along the old Romanov highway from the Gurzufskoye saddle pass, located one and a half kilometers to the east of it. You can get from Gurzuf to the gazebo by a shorter route through the village of Partizansky, but in this case, you cannot do without knowledgeable guides.

“Starfall of Memories” is the name of the rotunda, installed on the top of Mount Koklyuk, not far from the village of Otvazhny. The top of Mount Koklyuk (translated from the Crimean Tatar – “blue cliff”) is the highest point of the Feodosia high mountains, 345 m high. The rotunda offers a stunning view of Koktebel and Karadag, Mount Klementyev and the Armutluk (Koktebel) valley.

There is a lovers’ tree near the rotunda at the top. The branches of this tree are hung with ribbons: it is believed that if lovers tie a ribbon together on this tree, their love will be eternal. 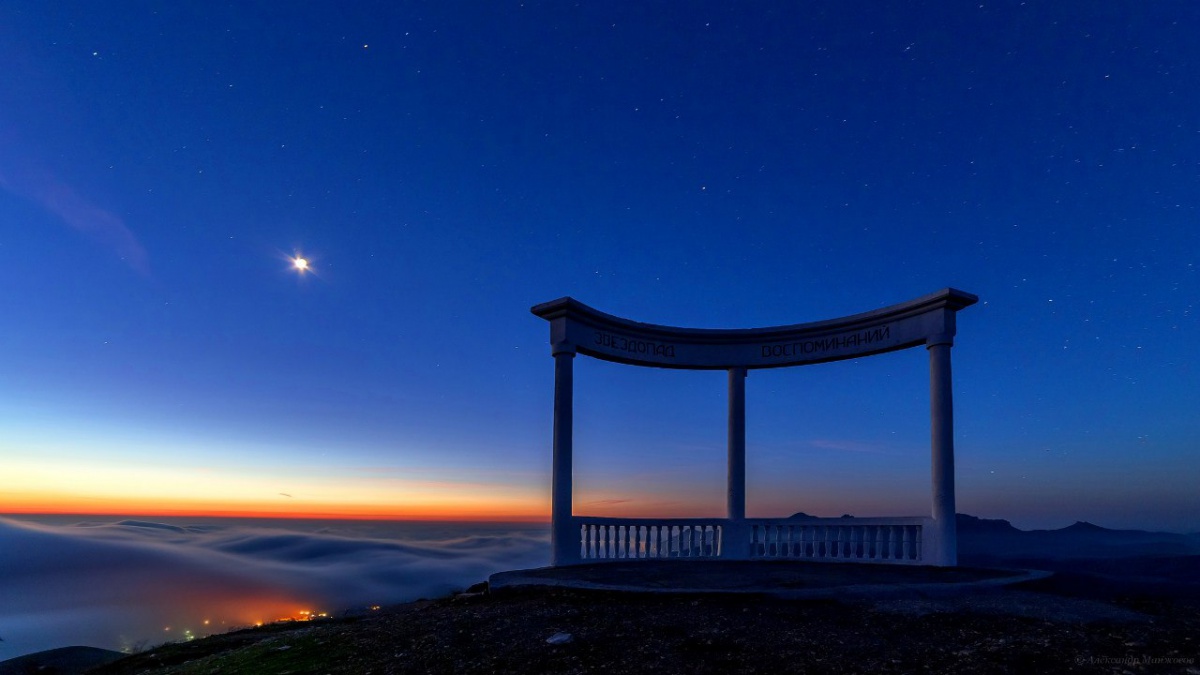 The bridge of kisses

The bridge is part of the Primorsky Boulevard ensemble – it connects the boulevard with the embankment. In 2014, a forged tree in the shape of a heart appeared next to the bridge of lovers. You can leave a lock on the tree, as honeymooners or romantic couples usually do. 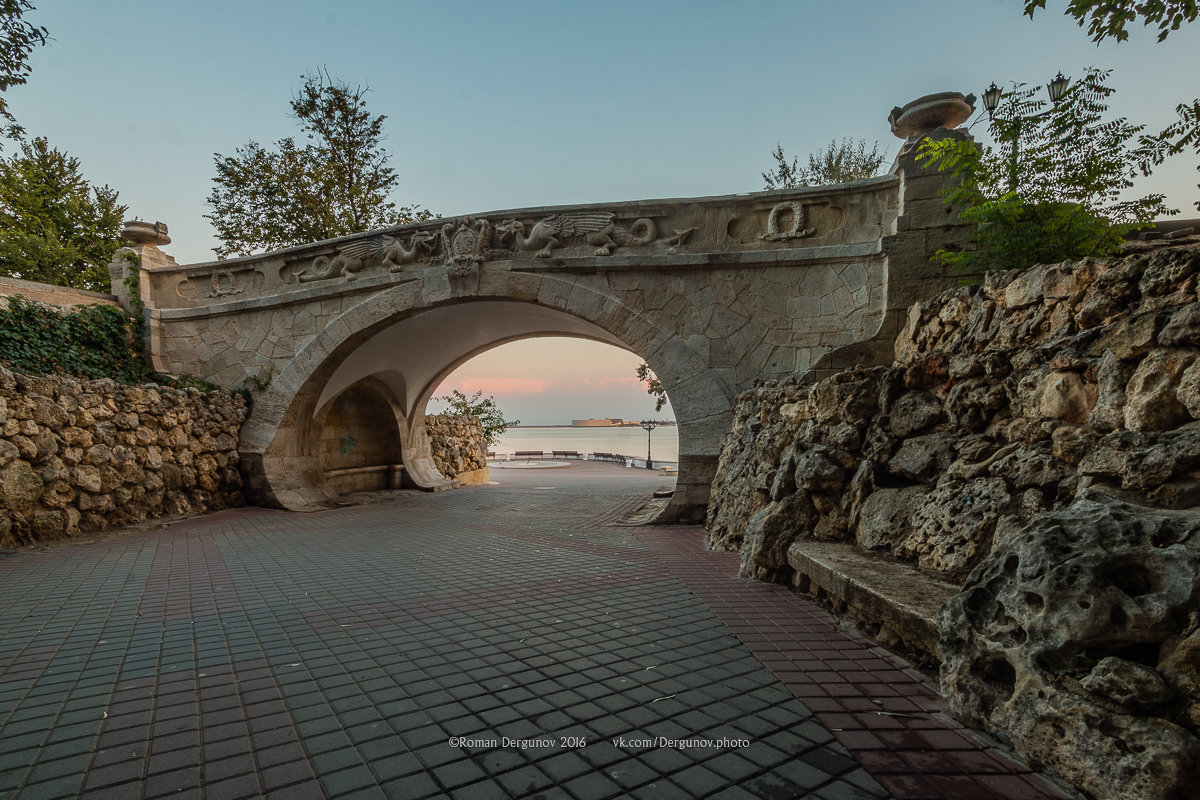 The golden tree and the lovers’ bench

The tree of love has “grown” not so long ago in Yevpatoria. The trunk and branches of the tree are painted gold, and on their wedding day, lovers decorate them with ribbons and locks of love. Not far from the tree is a sculpture of the goddess Aphrodite, a symbol of love and beauty. 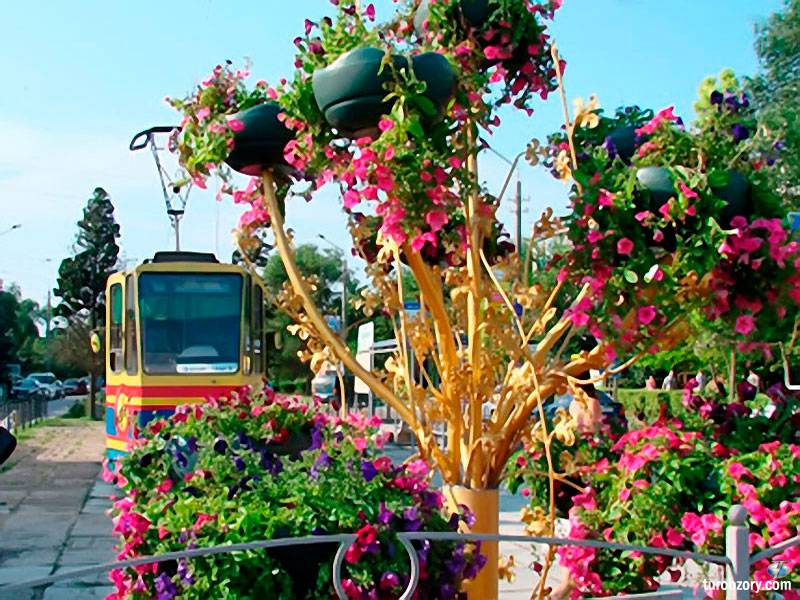 And in Yalta there is a lovers’ copper bench, decorated with hearts and doves. She stands under the same plane tree on the embankment, under which the dates of Isadora Duncan and Sergei Yesenin allegedly took place. As for Yesenin and Isadora, this is just a legend – they did not sit together either under this plane tree or under any other Yalta tree. But the local newlyweds already have a tradition on their wedding day to “sit on the path” before walking hand in hand along the road of life. 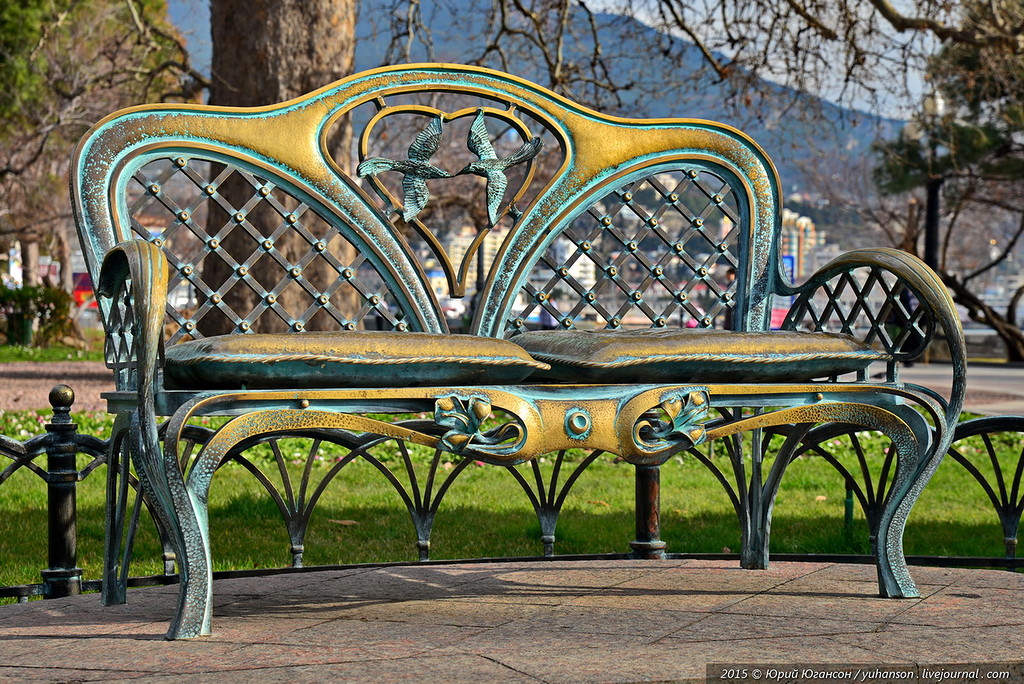 Want to visit Crimea? Glad to organize your individual tour in Crimea