At Cape Tarkhankut, the monuments of Vladimir Lenin and other Soviet leaders are standing under water at a depth of 15 meters. This place gives an experience of an altered perception of space and time. A visitor expects to see underwater statues as something familiar, a thing or an object that they would not even notice in ordinary life. However, they their experience there turned out to be very different. 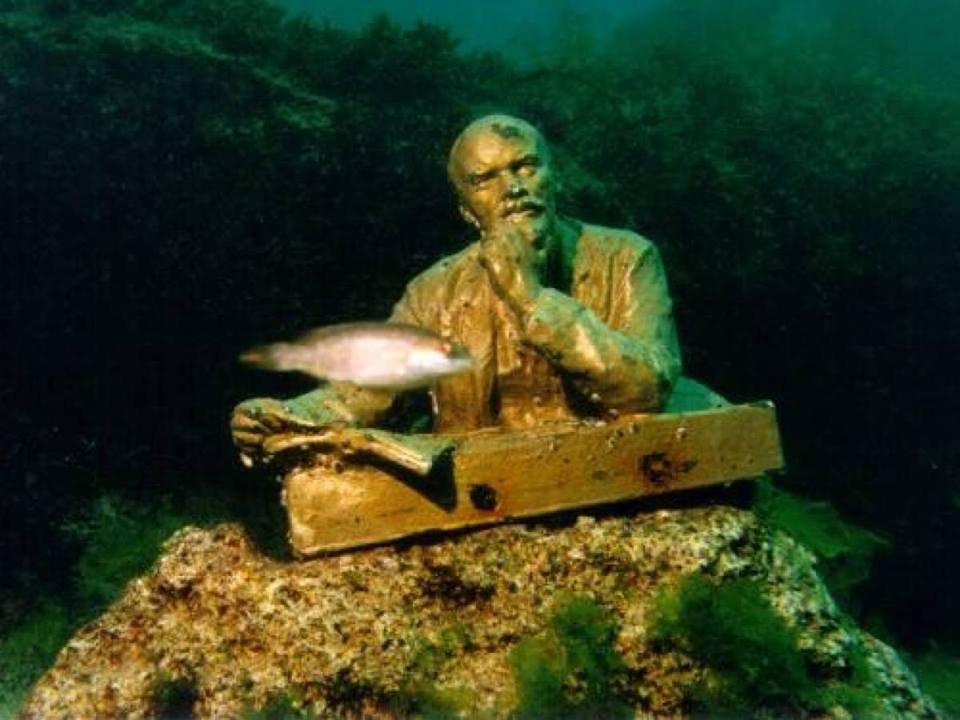 Usually, Soviet monuments are well-positioned by the Soviet architects in the center of the post-Soviet cities. They stand out for a visitor who comes to the city for the first time, yet for locals they are ordinary so they barely notice them in their daily life. The monuments have become essential part of the city landscape to the extend that it is hard to think about their meaning apart from their function to give names to the places where they have been situated.

The monuments accompany people’s everyday routine while being unnoticed. They are ruins of the past even if their material outlook has not changed since the Soviet period when they were erected. They are material objects that point to the past even if in this past they looked exactly the same. Nowadays, Lenin has been standing in the squares as if nothing has happened with the Soviet Union, and he still sees the bright future of communism. This bright future has been lost, however, he is still in the central square. Where does he point to now? What are the relations between him and the passers by? How to move away the past and the future that was lost?

In theory, if one looks at Soviet monuments from a different angle, they can feel restart of time. Some post-Soviet regions tried to revisit relations with the past by radically braking with it. For instance, the Baltic countries and long-suffering Ukraine by demolishing Lenin’s and other Soviet monuments tried to brake through to new bright future, which supposedly could have been built on the debris of the old Soviet monuments.

But what if one can revisit the past and go to the future starting from new experience of relations with old monuments. At Cape Tarkhankut, deep in the water, while holding your breath, you meet face to face with a statue of Lenin.
Usually his head together with a hand showing to the bright future, rise high above the viewer, yet here you can swim over his head. You can look at him upside down, from above, from any side. The only posture, which is impossible is to just stand in front of the monument as people usually do in urban environment. The reason why is simple, because it is almost impossible to stand still underwater, even a slight flow drifts you somewhere to the side.

At Tarkhankut, water supersedes air, which is normal environment for the monuments. It gives space for refraction of light and color far from usual. By traveling in Crimea with Yucca Tours, you can see the Soviet Union as a sunken civilization, find Atlantis in Crimea. 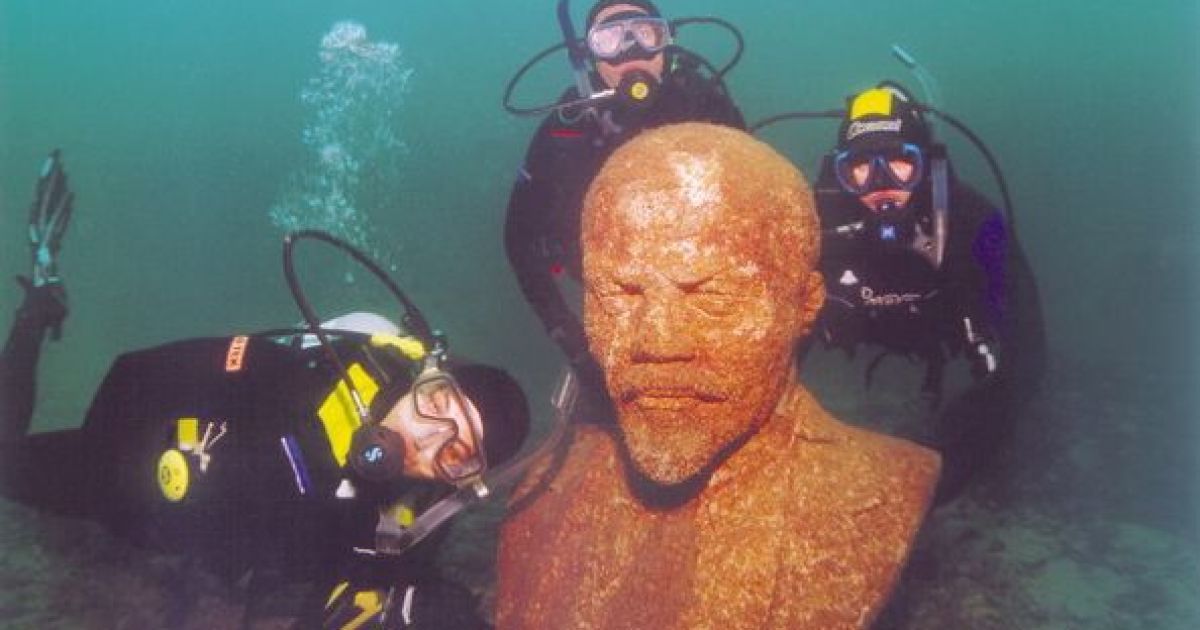